Nippon Koei Co. Limited, lead developer of the project, and Aquila Capital have reached an agreement to jointly finance the procurement, final development and operation of the BESS, which is one of the first projects of this type in Europe that meets all the relevant ESG standards and has a strong focus on sustainable construction and operation. YUSO BV, who had instigated the project in 2018 and worked alongside Nippon Koei as co-developer has been appointed optimiser for the BESS for the next 10 years.

The innovation of this BESS project

The completion of the project is foreseen in Q4 2022 and it will be the largest connected to the Belgian high-voltage grid as well as one of the first four-hour long duration BESS units in the EU. The project targets to deliver ancillary services to the Belgian HV grid as well as to operate on the short-term electricity markets. The project will be realised on the site of a former 800MW coal fired power plant, constituting a good example on how to drive the energy transition forward by embedding flexible BESS assets in a market with an already elevated penetration of renewables in the production mix.

Hiroyuki Akiyoshi, Representative Director and Vice President of Nippon Koei: “The Ruien project takes advantage of the fast response and easy scalability of batteries and applies BESS technology as a key factor in the effective integration of VRE sources into power systems. For the Ruien project, we plan to connect this large unit to a nearby 70kV substation to provide the services necessary for system operation, based on our experience in the development and construction of BESS. The Joint Venture with Aquila Capital also highlights the value investment managers attach to the flexibility required to embed even more renewables to the power system of the future and the ESG compliance with the sustainability standards of such energy transition project.” 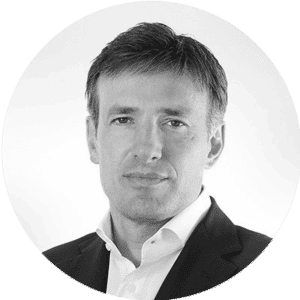 Roman Rosslenbroich on the balance in the electricity grid

Roman Rosslenbroich, CEO and Co-Founder of Aquila Capital: “We consider batteries as a crucial asset class for the energy transition by balancing the power grid and enabling the integration of renewables. Our first battery investment is dating back to 2015 and storage will be a very important pillar of our activities in the coming years. We are aiming to play a key role in the build-out of this asset class in Europe and APAC. The investment for our clients in this project and our cooperation with Nippon Koei and Yuso is an important milestone in this journey.” 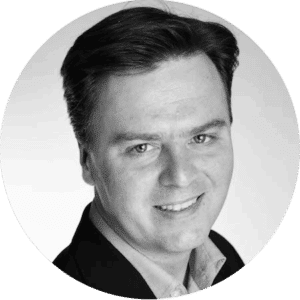 Bart Pycke, MD of YUSO: “Having initiated the RES project in 2018 and having worked closely with Nippon Koei since the start of the project and with Aquilla in the past months, we are delighted to have reached the milestone of the financial close. The appointment of YUSO as ‘route-to-market’ provider for the project illustrates our expertise in the area of BESS optimisation and our know-how on how this innovative technology can embedded into the existing energy and ancillary markets. Ruien Energy Storage is the first project of this size for YUSO and we look forward to developing additional BESS projects together with our partners in the Ruien Project, Nippon Koei and Aquila Capital in the future.”

Nippon Koei Group is the number one engineering consultant in Japan, which supports the safety and security of people all over the world. Since being established in 1946, Nippon Koei has been involved in solving social issues via business in the field of social infrastructure maintenance as the leading company in Japan. The company now provides sustainable business related to the basis of building nations and human resources in over 160 countries and regions around the world. The company implements reforms according to the changing needs of the times, while achieving improved profitability and sustained business expansion.

Nippon Koei Group has three major segments consisting of power engineering and energy business, domestic and international engineering consultation, and urban & spatial development, and in the energy field in particular, power generation and energy management business utilizing distributed energy resources such as renewable energy and energy storage system has been undertaken in response to increasing domestic and global demand for energy and its flexibility.

Aquila Capital is an investment and asset development company focused on generating and managing essential assets on behalf of its clients. By investing in clean energy and sustainable infrastructure Aquila Capital contributes to the global energy transition and strengthens the world’s infrastructure backbone. The company initiates, develops and manages these essential assets along the entire value chain and lifetime.

Currently Aquila Capital manages around EUR 13 billion on behalf of institutional investors worldwide, across wind, solar and hydropower energy. Assets of more than 12 GW capacity and over 2 million square metres of sustainable real estate and green logistics projects have been completed or are under development. The company has around 600 employees from 48 nations, operating in 15 offices in 13 countries worldwide.

YUSO BV is a Waregem, Belgium based company founded by Bart Pycke and Michel Verschuere in 2012.  The company develops and operates an energy platform to provide market access to over 1000 industrial-sized producers of renewable energy (mainly solar PV). YUSO also provides ’route-to-market’ and energy optimisation services to BESS assets owners since 2016.  YUSO combines the long experience of its management in electricity market functioning with a deep understanding of cloud-based IT infrastructure, automated portfolio management and meteorology to meet the energy needs of its customers and to embed renewable energy sources in the electricity system.