The Ruien BESS project and Yuso platform will be presented to the press, interested business partners and other stakeholders during an evening event on Wednesday 5th of September at 18h in Waregem, Belgium.

Yuso BVBA is a Waregem, Belgium based company founded by Bart Pycke and Michel Verschuere in 2012. The company is a platform player, employing state-of-the-art proprietary systems to provide market access to over 500 industrial-sized producers of renewable energy (mainly Solar PV) in Belgium. Yuso has provided market access and energy flexibility services to a BESS based in The Netherlands and owned by the American utility AES since 2016 (www.aes.com). Yuso combines the 35+ year experience of its management in market functioning with deep understanding of cloud-based IT infrastructure, automated portfolio management and meteorology to optimize the energy needs of its customer base.

Do you want to know more about the Ruien Energy Storage project?

Read more in our press release. 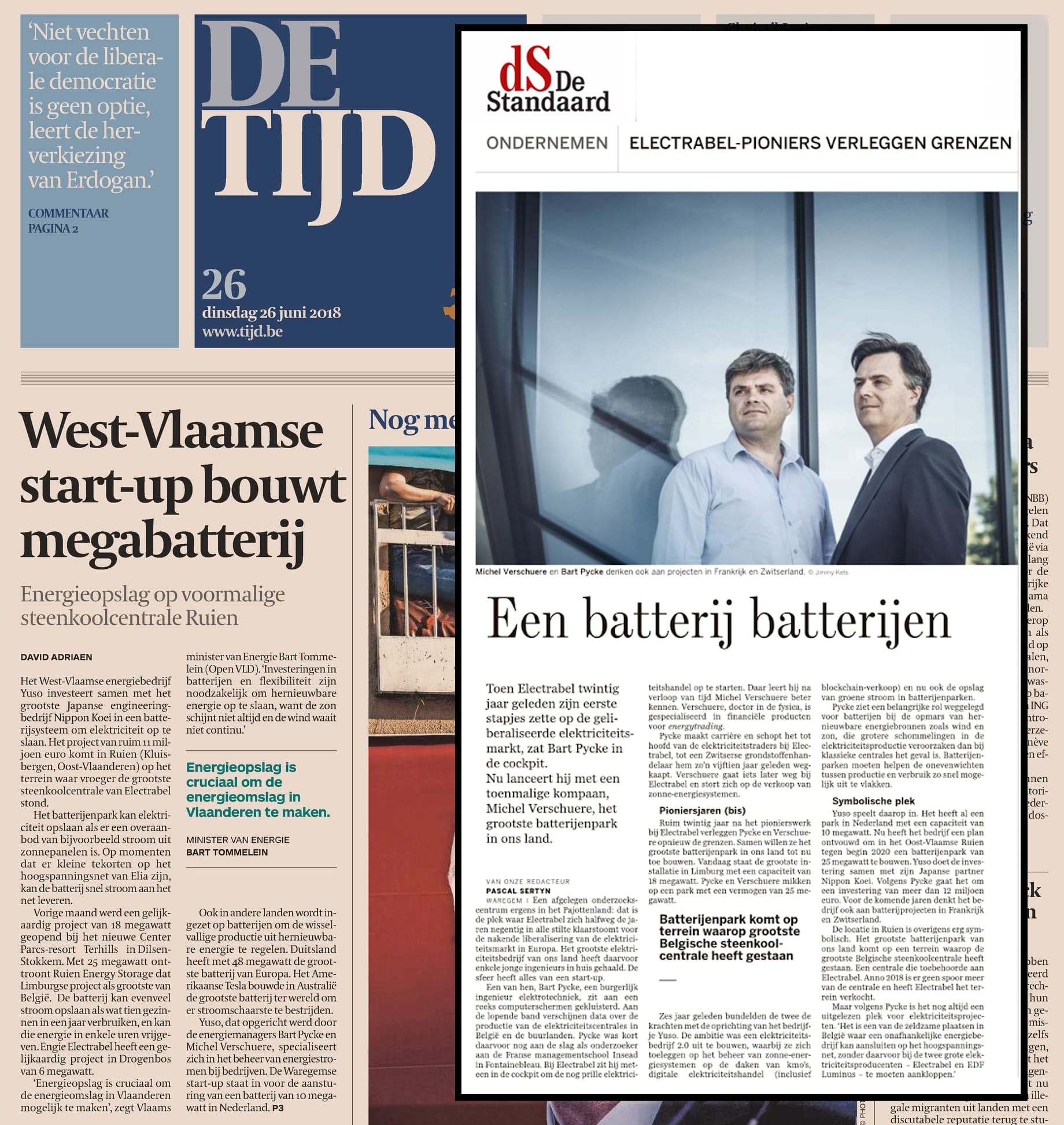